What have these four got in common?

One thing that all four have in common is that Charles, Ken, Boris and Peter have all helped support the idea of developing the under used publicly owned land that we've identified over the years, most from before we were called Little Ships.

I wrote to The Princes Trust (when I was still old enough to qualify for their support) to tell them about these bits of land. My ideas were vague and unfocused, reflecting my lack of experience at the time, but nevertheless I got a wonderful letter back from Prince Charles himself inviting me to discuss my proposals with The Crown Estate. The meeting was rather awkward to be honest, but Charles' interest showed me that all sorts of people care.

Over following years I connected with the housing teams for both Ken and Boris. On the three occasions I met with them, everyone was polite, keen, interested, but ultimately overwhelmed at the apparent impossibility of my Sisyphean proposal.

After failing to get any real progress with Government ministers (Blair, Brown, Cameron and May), despite high level introductions, I've been ticking off the many problems over the years in my spare time and with the help of lots of clever friends over the last few years, we're ready to go.

With a decisive business plan in place (warm words and good intentions won't solve the housing crisis), we're approaching Brighton and Hove City Council and Sadiq Khan's GLA in September to get their support. Peter wrote a helpful letter last week (see below), although Mr Brokenshire might be moving department soon. Hopefully PM Boris will remember the help his GLA housing team gave us a few years ago and help us properly now.

Little Ship's proposal is not complicated, it is not obvious. At first it will be hard, but we will succeed and eventually we will build many thousands of homes in our towns and cities in housing crisis in the UK. 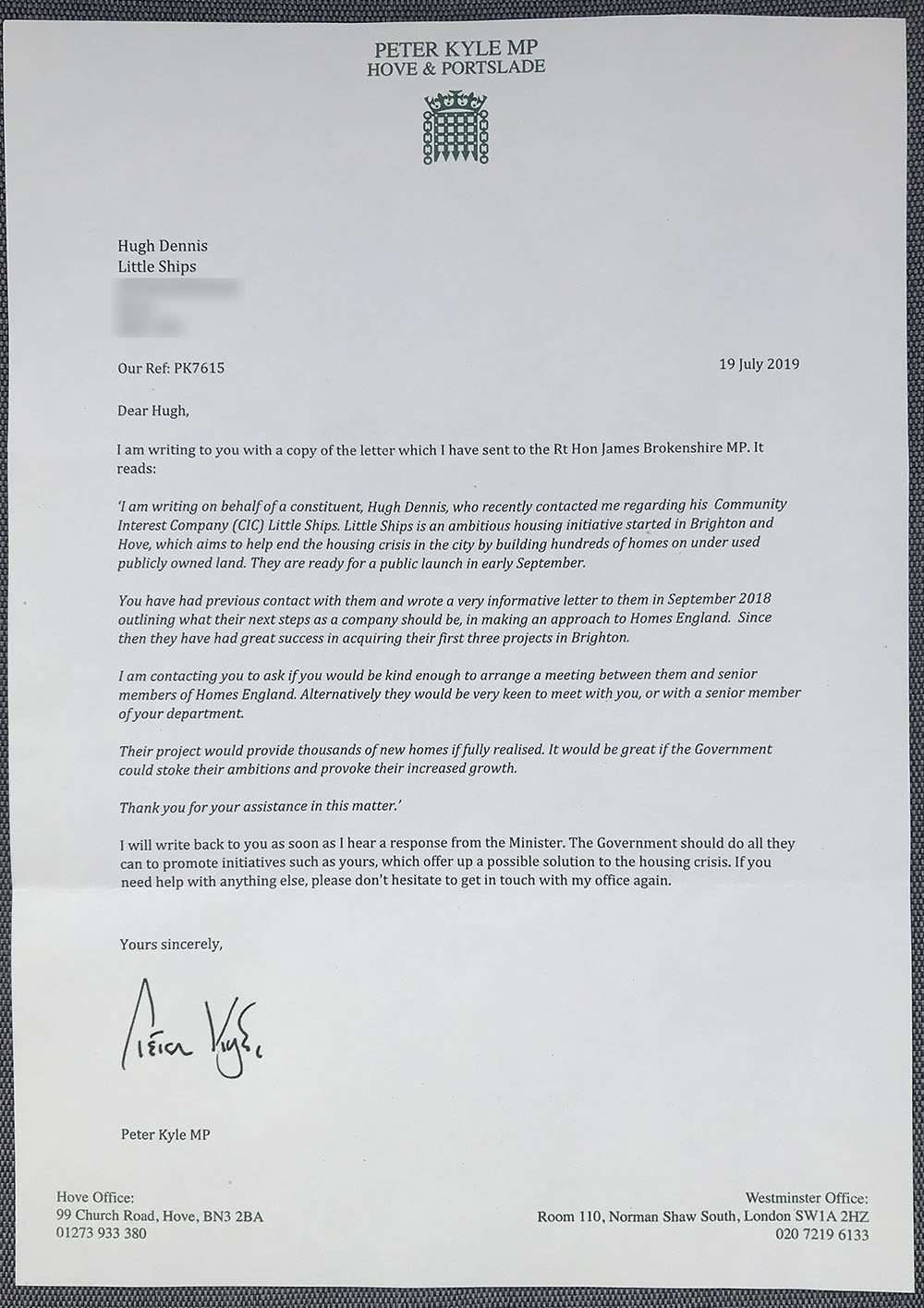